The Veteran’s Memorial Gramercy Bridge carries LA State Highway 3213 over the Mississippi with a 3,101 foot long Continuous Steel Truss Through Deck. On the river, main channel traffic uses the 750 foot wide center “channel span.” Paddlers can use the narrower spans West Bank (RBD) or East Bank (LBD) in the presence of freighters, tugs, tows or other traffic. The Grammercy Bridge has an average vertical clearance of 164 feet. Prior to 1964, there were only two cities with highway bridges over the Mississippi River on the lower 350 miles of the great river. The need for traffic to cross the river was largely met by a series of ferry crossings, some of which are private ventures, and others that are state operated. The state of Louisiana wishes to replace many of these ferry crossings with highway bridges, but progress is slow. A ferry boat tragedy in 1976 that claimed 78 lives brought national attention to the problem. The I-310 Hale Boggs Memorial Bridge was built directly as a result of the ferry accident, and this bridge at Gramercy followed a decade later. (John Weeks)

For some reason bauxite (aluminum) factories like to situate themselves in the vicinity of big bridges in this stretch of the river. First we paddled by Burnside Alumina Refinery above the Sunshine Bridge, and now Kaiser Bauxite below the Grammercy Bridge. The other interesting connection is their distinctive rusty red color, both in the dust they produce, the waste-water they dump, and the tailings they pile up. Try to avoid any contact.

Like Manchac Bayou, Blind River is an ancient route from the Mississippi to the East side of the Gulf of Mexico via Lake Maurepas and Lake Ponchartrain. If you are getting sick of the endless refineries and dangerous tugboat waves, or maybe you just want an intimate look at a extent cypress tupelo swamplands turning to coastal marshes. You could pull off the Mississippi River anywhere in the area between Paulina, Poche Park and Grammercy and portage 2 miles to reach the headwaters of the Blind River. Check it out on Google Earth. The Blind River carves an enticing curvy path meandering through deep cypress woods through the Maurepas Swamp Wildlife Management Area (Eastern Tract) and into Lake Maurepas, and through the Manchac Wildlife Management Area into Lake Ponchartrain. If you were sick of industry and the big river, this would be your chance for an intimate look into the wild heart of South Louisiana!

122,098 Acres. What did this portion of Southern Louisiana originally look like before agriculture and industry drained the swamps and cut the forests? The land here off the river stretched outwards in seemingly endless flooded cypress tupelo swamplands. Vegetation included bulltongue, cattail, submerged aquatics, red maple, American elm, sugarberry, Nutall oak, water oak, and obtusa oak. Invasive species that have moved in include water hyacinth, Bidens sp. “fourchette,” and an aquatic fern known as common salvinia. The presence of this invasive vegetation has made much of the area unsuitable for the large numbers of waterfowl that historically overwintered in this vast swamp. The most sought after species of game are white-tailed deer, squirrels, and rabbits. Freshwater fish, such as largemouth bass, sunfish, and crappie are also pursued on the area. Contract trapping for alligators and permit trapping for nutria is allowed each year. Bird watching, sightseeing, and boat riding are several other forms of recreation allowed on the WMA. A half mile long nature trail is located on the east side of US 51 approximately half mile north of Peavine Road in Laplace. Two tent-only camping areas were established in 2012. One camping area is located on the New River Canal and the other on Reserve Canal (see WMA map for designated camping areas location). Maurepas Swamp WMA supports numerous bird species throughout the year. Bald eagles and osprey nest in and around the WMA. Numerous species of neotropical migrants utilize this coastal forest habitat during fall and spring migrations. Resident birds, including wood ducks, black-bellied whistling ducks, egrets, and herons can be found on the WMA year round. Future plans for the Maurepas Swamp WMA including the placement and monitoring of additional wood duck nest boxes, cooperative freshwater reintroduction projects designed to revive the swamp and improved control of invasive plant species that have overtaken much of this important and scenic swamp.

8,328 Acres. The topography here is characterized by flat, low marshland subject to flooding, especially with easterly winds. Major vegetation in the past was originally bald cypress, but nearly all of this has been tagged from the area leaving an open freshwater marsh. There is a shallow freshwater pond, known as the Prairie, near the Lake Pontchartrain shoreline comprising approximately 500 acres. This is one of the better duck ponds within the Lake Pontchartrain system. Pirogues and mudboats are the major means of transportation in the Prairie. Predominant vegetation includes bull tongue, smartweed, alligator weed, and spartina. Submerged aquatics are naiads, pondweeds, fanwort, and coontail. A strip of cypress tupelo is present along the Lake Pontchartrain boundary. The canopy is generally open and the understory consists of black willow, maple, palmetto, baccharis and assorted grasses. The most sought after game species are waterfowl including scaup, mallard, teal, gadwall, widgeon, shoveler, coot and rail. Other species hunted include snipe, rails and rabbits. Permit trapping for alligator, nutria, muskrat and raccoon is normally allowed each year.

Angelina Landing sits within Angelina Bend. Paddlers can access a small steep sandbar at Angelina during low/med water levels, and find a thick willow forest behind. This would be a possible camp site for a a small group up to 10NO/20BR. Very private. No surprise visitors (at least not by 4WD). 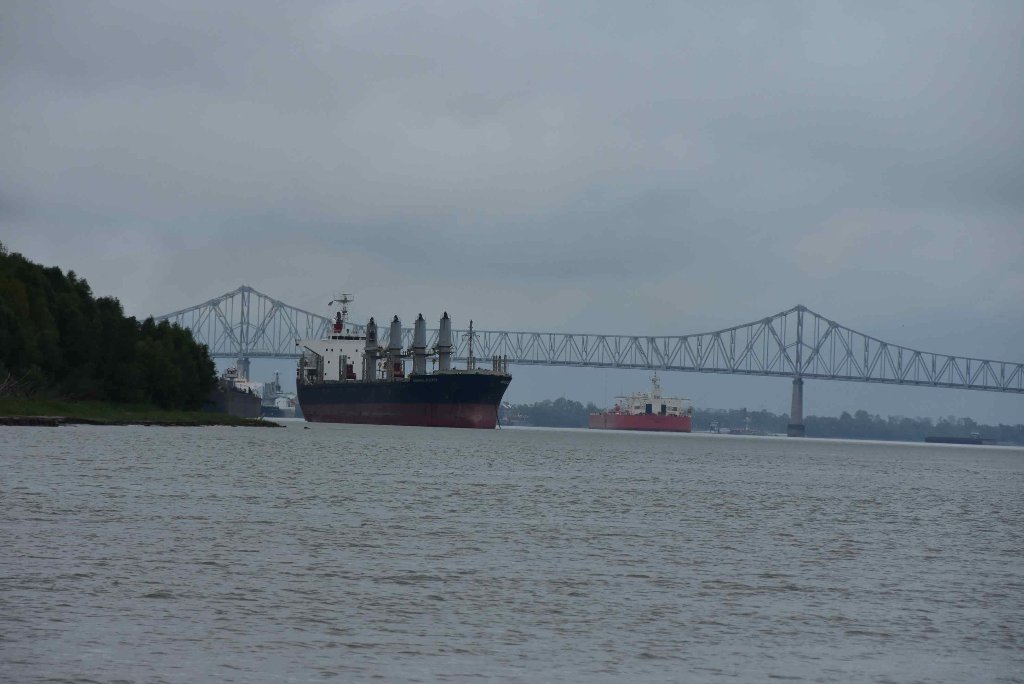 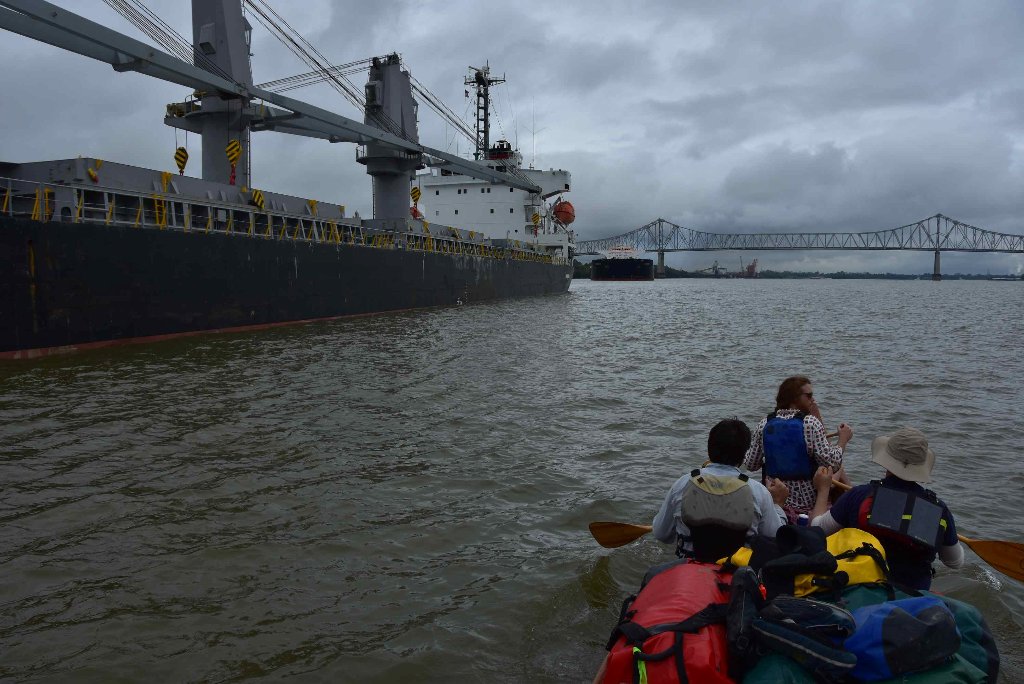 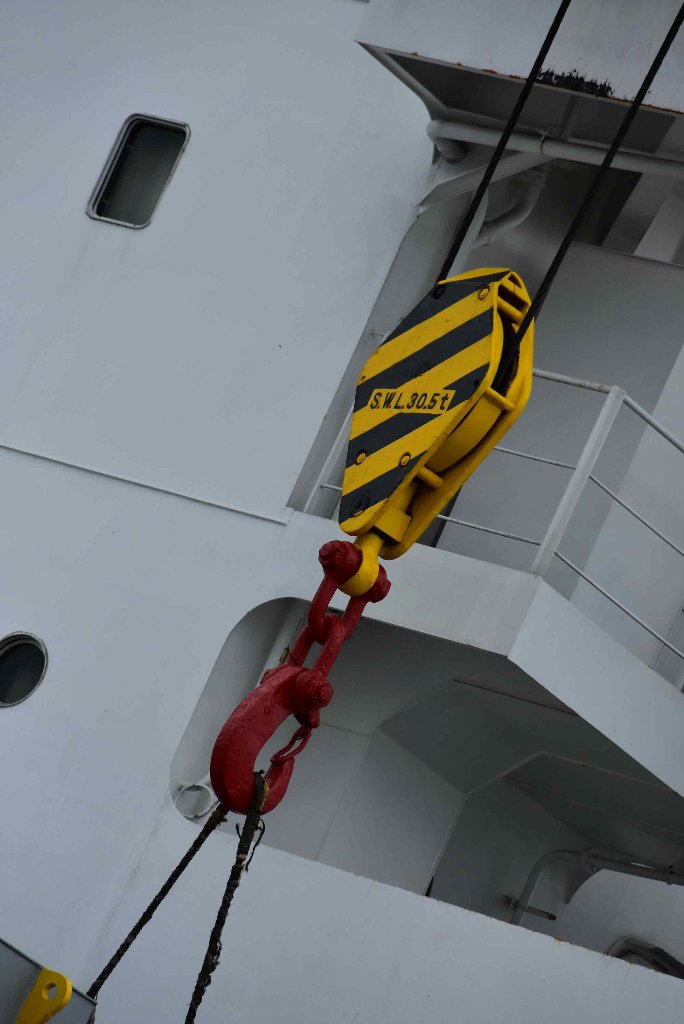 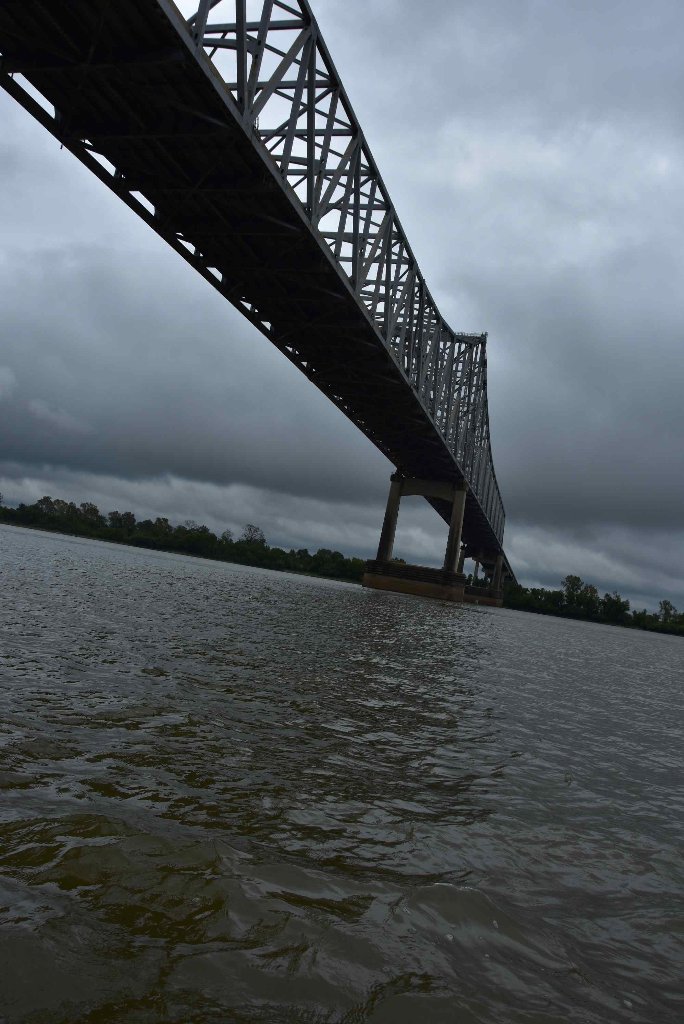 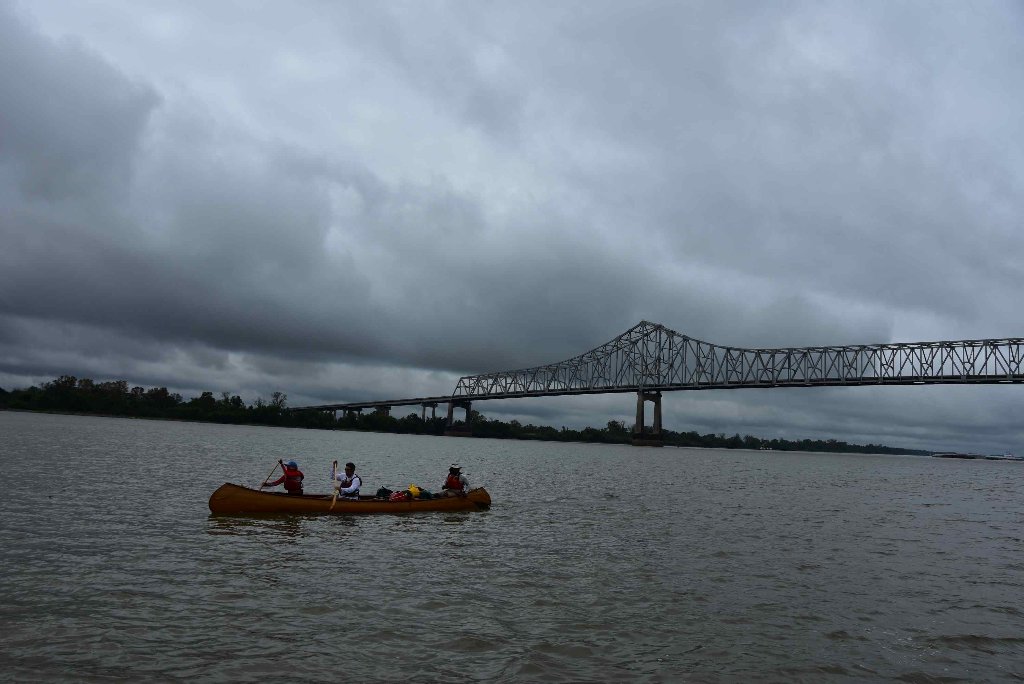 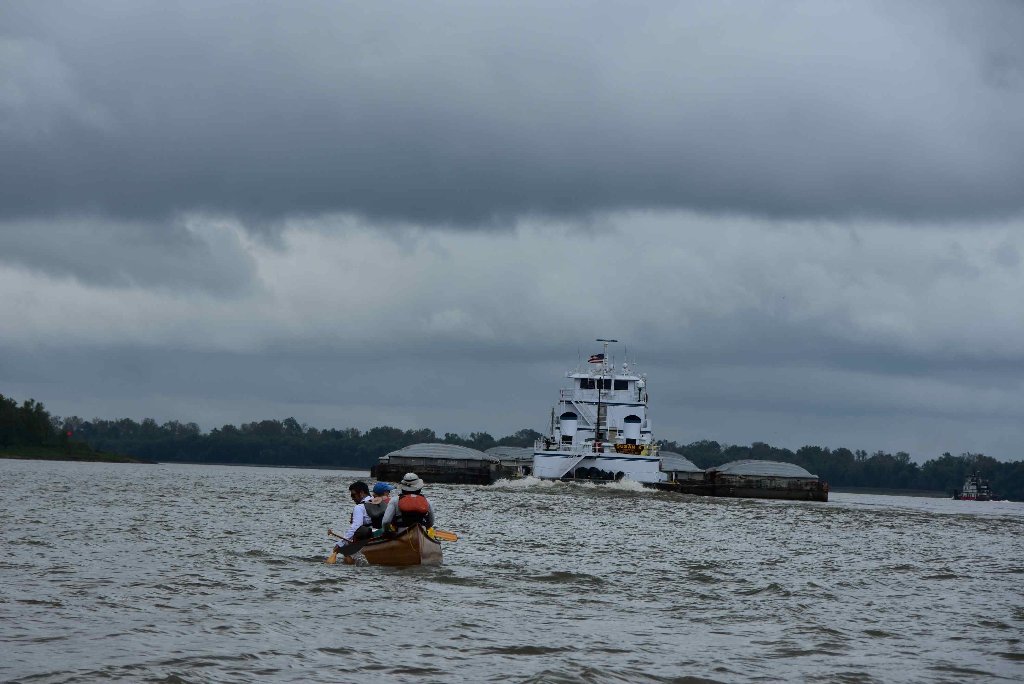